…and has been shaped by the family, farmers, and friends who’ve worked the land and enjoyed the fruits of our labors. It’s one of passion and perseverance, and is driven by our desire to bring people together to laugh, enjoy, and create their own stories with unique, high-quality products like Red Cat.

Read how it happened below or learn more about what drives us. 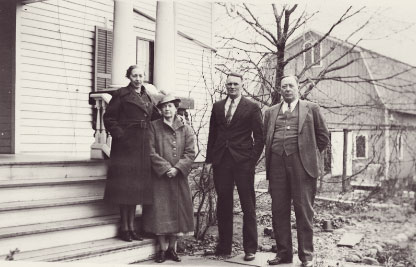 Many, many bottles of wine ago…

They shipped the fruit that was produced on this land to regional markets via wagon, boat, and the ever-expanding railroad. This included grapes to the early wine industry pioneers such as Great Western and Widmer Wine Cellars. 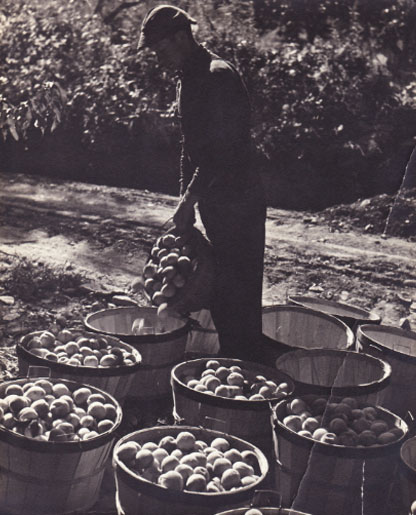 James Roberts Hazlitt (son of David and Clarissa) and wife Mary Miller purchased a farm adjacent to the land James' parents owned and they relocated their family to the home on property. The farm was then passed on to William Herbert Hazlitt and his wife Inez LaMoreaux. And later, passed onto James (Jim) R. Hazlitt and his bride Elizabeth (Betty) Voorhees.

Two brothers in the same business.

Jim and Betty’s two sons, James (Jim) R. and Jerome (Jerry) V. Hazlitt divided the land and both operated vineyards on the property. 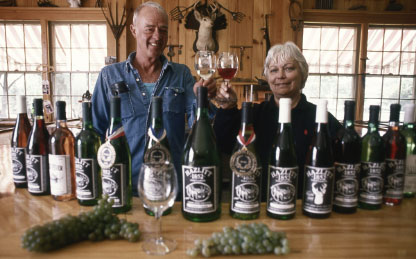 Beginning in 1980, the region saw a drastic drop in crop prices and the family was faced with a tough decision: sell the land and get out of the business or figure out a different solution. So, in 1985, Jerry Hazlitt, an avid home winemaker himself, and his wife Elaine decided to start Hazlitt 1852 Vineyards.

Red Cat wine was released at the winery.

Of course, Red Cat comes with a story you won’t believe (or maybe you will).

Doug Hazlitt and Leigh Hazlitt Triner, son and daughter of Jerry and Elaine, began working at the winery. 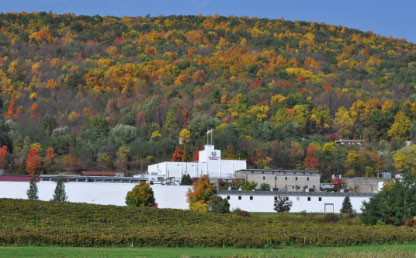 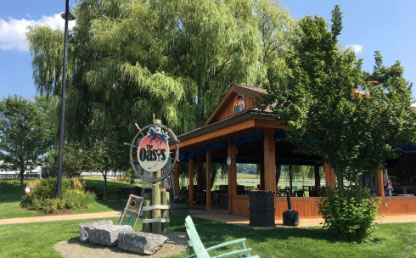 The Oasis was built.

The Oasis is a timber frame, outdoor party pavilion located at Hazlitt 1852 Vineyards in Hector, NY. Doug Hazlitt always thought that the winery needed more bathrooms. That thought morphed into this three-season pavilion where we host live music and special events. It's a great place to escape and relax. The bathrooms are pretty nice too.

Now, the 7th generation has begun to join the Hazlitt crew, bringing with them the same passion and perseverance that drove generations before them. The next generation looks forward to continuing the legacy of family, friendship, and fantastic wines Hazlitt is known for. 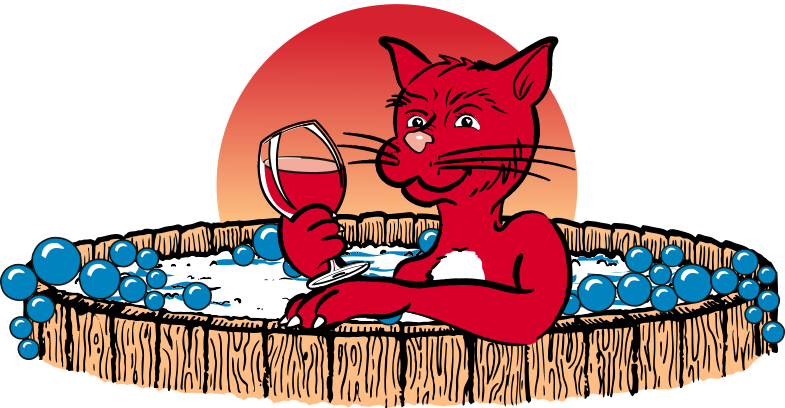 Or maybe it’s better to call it the infamous Red Cat wine. Why? Because it’s a great wine with a great story that intrigues every patron, even the unsuspecting ones. 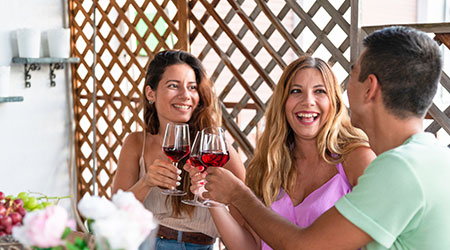 Legend tells that in the early 1980s (before the actual winery existed) founder Jerry Hazlitt, a 5th generation grape grower, made wine in his home for family and local friends. The first batch was foot-stomped in a big wooden tub in Jerry and wife Elaine’s driveway. The wine they called Red Catawba, for the native New York grapes used to make it, would soon be nicknamed Red Cat. 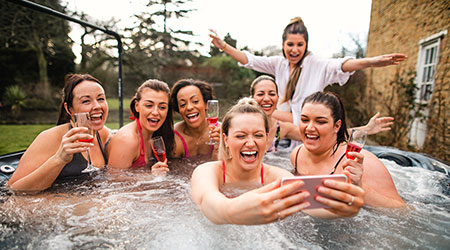 Some of this early Red Cat wine made its way down to a first of May party at Hazlitt beach on Seneca Lake. Jerry’s sons, renowned for their gracious hospitality with the fairer gender, “borrowed some of Dad’s grape juice” and hosted a waterfront bash with a big bonfire and a homemade hot tub. It was quickly noted that as Red Cat was consumed, friends in hot tubs became better friends in hot tubs. The Original Hot Tub wine was born. 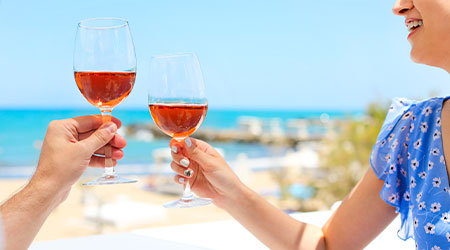 These days, Hazlitt 1852 Vineyards makes hundreds of thousands of gallons of Red Cat a year and it has become a number one selling wine in New York State. Tens of thousands of visitors each year stand at the horseshoe bar and enthusiastically toast the Red Cat with friends and staff. Rumors still circulate, new stories are shared, and Red Cat still brings smiles and fun to every party it starts. 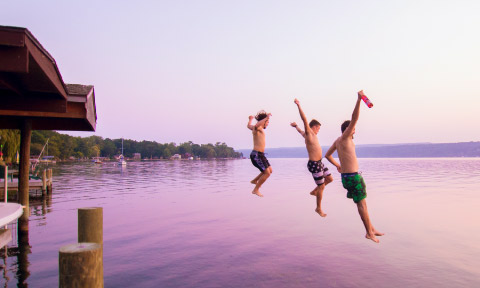 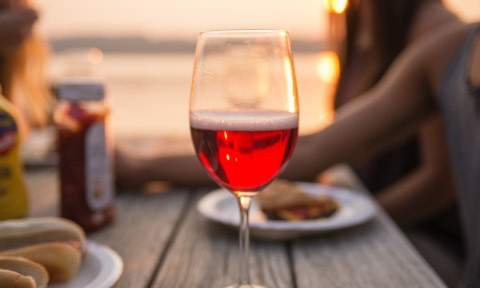 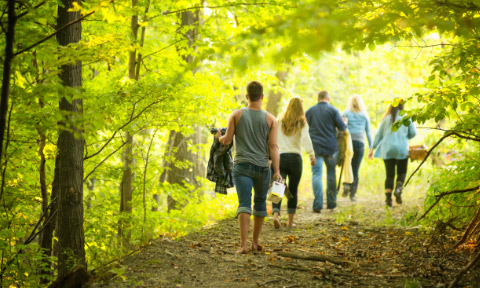 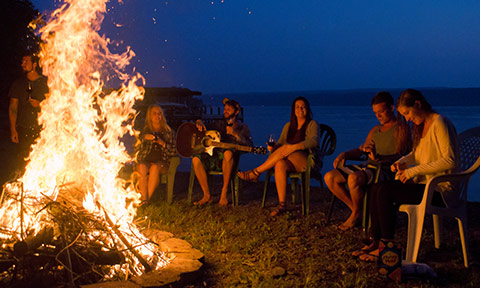